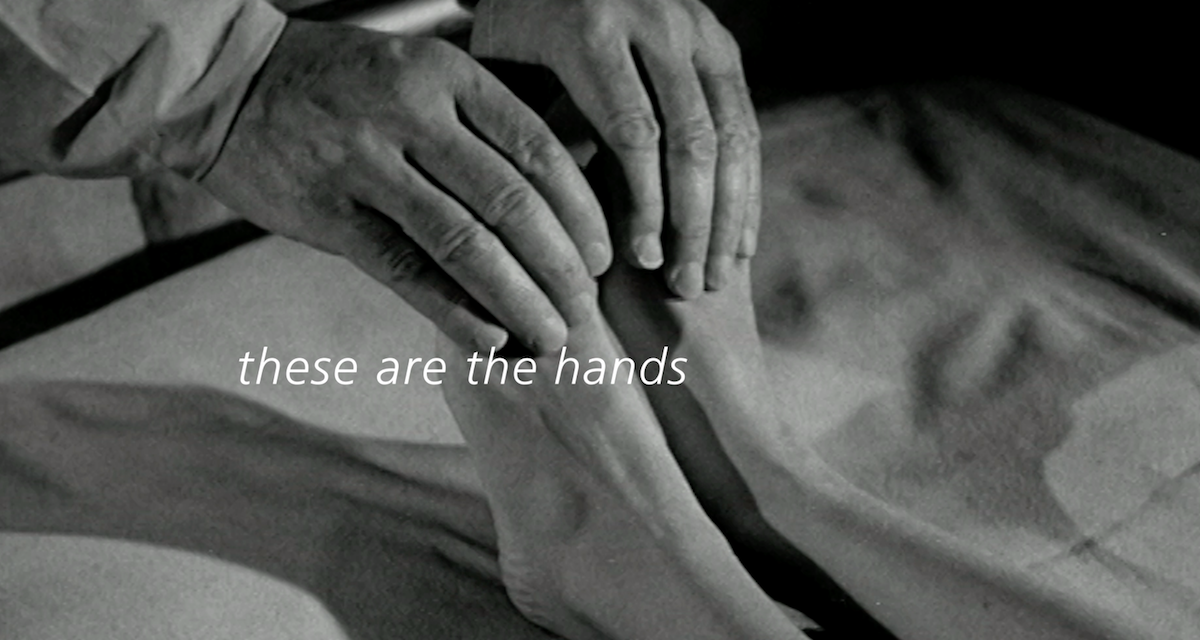 These are the Hands film & press release

These are the Hands press release

EVCOM and the BFI are very excited to unveil a new short film created by EVCOM Board Member and film director, Tim Langford (BBC, Channel 4), to help raise urgent funds for the NHS Charities Together appeal. The film features historic footage of healthcare and the NHS from the BFI National Archive, as well as contemporary footage of NHS staff and volunteers currently on the front lines of Covid-19.

Speaking about the film Claire Fennelow, Executive Director at EVCOM said, “EVCOM are absolutely delighted to be involved in this wonderful project to support the NHS Charities Together appeal. The perfect synchronicity of Michael Rosen’s poem ‘These are the Hands’, the BFI’s archive footage of the NHS at work through the ages plus more recent film work directed and produced by EVCOM members, brought together by director Tim Langford has come together to form this short film. We hope that it drives donations to this fantastic cause and continues to raise awareness of the efforts of the many, many workers in the NHS.”

Actor Iain Glen (Game of Thrones, Downton Abbey) reads ‘These Are the Hands’, the famous poem written by Michael Rosen (We’re Going On a Bear Hunt) to celebrate the 60th Anniversary of the NHS.

Iain Glen commented, “I’m so happy to be able to support the NHS in any way I can during this exceptionally difficult time. As always, everyone working there is selflessly meeting the challenge. They unite us as a country, and I give them my heartfelt thanks. Please support the NHS if you feel you can.”

The purpose of the film is to promote the NHS Charities Together campaign, to encourage donations to support the brilliant work our NHS staff and volunteers are doing tirelessly to get us through this crisis. The BFI’s footage reminds us that the NHS aren’t just there for us today, they have been there for us since their inception in 1948.

Patrick Russell, BFI National Archive Senior Curator of non-fiction adds, “This archive short beautifully underscores the precious bonds between our past and our present by interweaving the NHS archive preserved by the BFI with superb contemporary work made by EVCOM and selfies taken from NHS staff on the frontline now, to tell a narrative of the generations of an NHS that has always been there for us. This powerful and important film is the latest example of a rich and detailed history of the NHS on film and we are delighted to bring it in to the BFI National Archive.”

The film has been released on a Thursday evening, at the same time as people around the UK will be standing in their gardens and leaning out of windows to clap for our NHS.

Ellie Orton, Chief Executive of NHS Charities Together, also said, “This is an incredibly powerful film that underlines just how vital the NHS is to our society. It also clearly shows just how important supporting the frontline staff and volunteers is at the moment and into the future. Our COVID-19 Appeal aims to do just that, and I’m sure this film will help to spread the message about why that’s so important.”

EVCOM and the BFI are proud to be supporting the NHS through this campaign. Text CLAP to 70507 to give £5 to donate or donate online here.

Words: These Are The Hands by kind permission Michael Rosen and family

And the many NHS employees for their pictures.